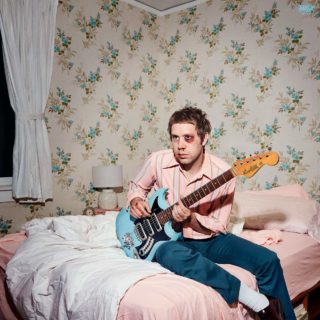 Everything is painful at the moment. Events are causing my piss to boil. This is mostly down to the leaders of the free world. Specifically… y’know. So listening to Mike Krol’s new record, ‘Power Chords’, described as being a “break up with music” album after an “existential crisis”, is hard to take.

It’s basically like an American garage rock band from 1993 that is desperately trying to remain lo-fi and hang on by its fingernails to its DIY principles, whilst it’s perineum is being stroked by a producer in a Nashville recording studio with a big pot of polish to buff this record until you can see your face in it. Like a hood on a big American RV. Shiny shiny.

Maybe a high school fourth grader might stick it in their headphones as they watch their teacher’s gums flap about trigonometry.