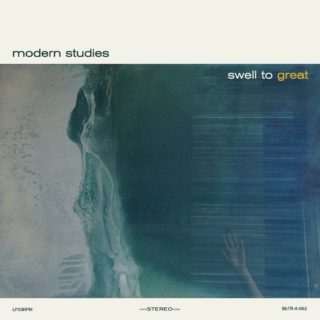 There’s a reason why a lot of summery pop records don’t get made in the middle of Scotland. It’s beautiful, of course, but also has a reputation of invoking music that’s melancholy and self-reflective. Brought together from each side of the border, Emily Scott and Rob St John used to play in each other’s bands before the unique sound of a Victorian pump organ prompted them to work on this folk-indebted soundscape. The result is something akin to She & Him, were they holed up in deepest Perthshire huddled around an antique harmonium, bracing Scottish winds chilling bones outside.

This instrument is the focal point for this collection of songs – the album rotates around it. Its sound is captured in detail – every squeak, every breath caught on tape, giving the whole thing a live feel. ‘Today’s Regret’ leans gently on ‘Kid A’-era Radiohead and there’s a comforting, lilting cadence to the likes of ‘Everybody’s Saying’. But most admirably Modern Studies manage to avoid the obvious twee pitfalls, even if they do occasionally run out of ideas.