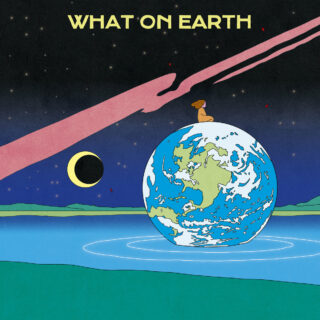 Boy-girl indie-pop duo Moon Panda bill themselves as “coming from the mythical lands of Denmark and California”, which probably reveals a bit more about them than just their provenance: sure, the band’s music combines their homes’ traditional sensibilities – the laid-back groove of California and Denmark’s neat, pretty, hyper-melodic hygge – but there’s also a concurrent whimsical unreality to a lot of their debut album, even though it is unmistakably grounded in the real world of, variously, ’80s pop, trip-hop, and the sort of introvert indie that kicked off The xx’s career.

That uncanniness stems from how the band integrate their influences, and how they pace their album, ending up at a very different place from where they started. Accordingly, the opening four songs suggest Portishead’s Dummy as their spiritual parent (albeit with a little more pop pep), all vinyl crackle, breathy vocals, melancholic chord progressions and widescreen cinematic evocations. From there, the duo oscillate between pop-facing, with the kind of incisive melody lines that Taylor Swift made her stock in trade around 1989 (albeit with a little less sass), and something more dreamy and groove-laden: ‘Rabbit’’s and ‘Animated Forest’’s lazy, sleepy vocals are lovely counterbalances to the textural instrumentation, while ‘Islands’ is a terrifically economic demonstration of irresistibly hooky songwriting (albeit with a little too much cat-meow sampling).

It all makes for a curiously addictive debut that, in the absence of a convenient box in which to place it, spends its brief running time wriggling stylishly and rather bewitchingly around its forebears. Records as simultaneously lean and strong as this feel rare, normally belying a confidence in compactness on the part of its writers, and What On Earth is just that: a concise, understated delight.