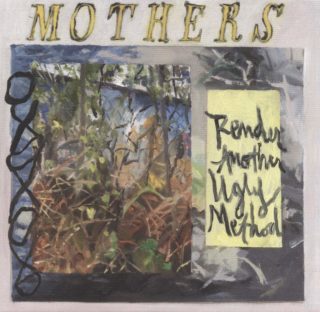 There’s something matter-of-fact about Mothers, from the metric rationality behind their debut album’s title – ‘When You Walk A Long Distance You Are Tired’ – to, now, their sophomore effort brimming with block capitals and economic astuteness. Reading the tracklist for ‘Render Another Ugly Method’, you’d be forgiven for thinking this was a pharmaceutical company’s end-of-year fiscal report, not the follow-up to one of the most hypnotizing releases of 2016.

‘Render…’ is different to anything we’ve heard from Mothers before. Variegated textures come with jagged rhythm guitars and heavy percussive lines; the polyrhythmic influence is evident on tracks like ‘PINK’ with a brilliantly thunderous mesh of pedals and distortion. Lyrically there’s a conflict that makes you doubt everything: you’re dancing euphorically to ‘BLAME KIT’, a searing criticism of society’s impulse to finger-point; you’re nodding your head to a track exploring the caverns of mental illness; the jarring chords of ‘WESTERN MEDICINE’ fill you with unease at a concept meant to compel trust.

The delicacy of their debut release that grouped Mothers vocally with the likes of Sharon Van Etten and Big Thief has become fuzzy and disjointed. The record closes with a lo-fi math-rock gem, just after you’ve endured a drowsy eight-minute folk-rock track expending Christian iconography as a metaphor for sex. When Kristine Leschper says she finds a small amount of pleasure in alienating her listener, it’s hard to question her. But while ‘Render…’ is a glorious middle finger to convenience listeners everywhere, at times it’s just a little too fragmented to really make an impact.