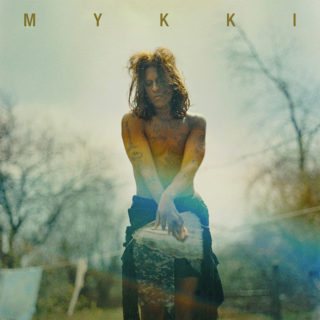 Mykki Blanco offends people before he even opens his mouth. He’s a rapper and performance artist; African-American with Jewish roots; gender-fluid and gay. Since he first started dropping singles, mixtapes and EPs back in 2012, the onetime North Carolina native has unapologetically projected all the facets of his identity out to the world through his releases. On ‘Mykki’ – which stakes a claim as Blanco’s debut album – if anything the 30 year-old is more direct than ever, offering up a searingly honest collection of stream-of-consciousness rhymes with bars on everything from his HIV-positive status (‘You Don’t Know Me’), the refugee crisis and Europe’s inherent racism (‘High School Never Ends’) and the tribulations of dating and the club scene (“The drugs don’t love me like you,” he insists on recent single ‘The Plug Won’t’).

If all that sounds like hard work, rest assured Blanco knows how to have fun (see ironic party piece ‘For The Cunts’ and raunch-fest ‘Fendi Band’). Ironically, in fact, the production side of the LP might just be too lightweight for long-time fans; where earlier stuff like ‘Gay Dog Food’ was scratchy and distorted, on ‘Mykki’ tracks roll by in bright, minimalist, club-friendly arrangements that position Blanco well for a tilt at the charts, albeit perhaps without the originality to match those fearless verses.