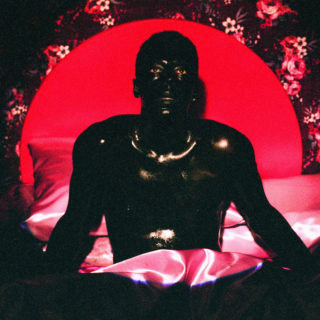 Legendary 1960s Californian psych rock band Lysergic Casserole, conjured up from Noel Fielding’s imagination for his Luxury Comedy show, were rumoured to have taken so much LSD during the recording of their first and only album that they got trapped on a motorcycle circling around their guitar case, and have been stuck there ever since. If the make-believe petrol pools were to run dry, you’d imagine the engine splutter and billowing smoke clouds might sound something like Silver Apples’ experimental krautrock-tronica hit ‘You And I’ from 1969, built with the kind of palette that makes ‘Lucy In The Sky With Diamonds’ sound like the Encyclopædia Britannica – think Pere Ubu without the groove, or a primitive Stereolab built on telegraph keys.

‘You And I’ is a song that has sounded like a lot of things in its half-century existence, but it’s never sounded like the version recorded to open Naeem’s new full-length. His brilliantly glitching R&B goes to all the trouble of creating and extrapolating a melody, only to hide it away again within a tug-of-war between swelling ambient milieu and a magnetic, gymnastically rasping vocal. Next to ‘Simulation’, a heady multifaceted trap ode to Groundhog Day existentialism (“nothing is real”) featuring fellow 37d03d teammate Justin Vernon and soul music’s great cult hero Swamp Dogg, the album kicks off with a thrilling intent, a “scoop-diddy-whoop” away from Kanye’s ‘Lift Yourself’.

It figures – Startisha is Naeem’s first release under his own name, with the Baltimore rapper ditching his former Spank Rock moniker after the backlash to his last Boys Noize-produced album Everything Is Boring and Everyone Is A Fucking Liar almost killed off party music. Re-adopting his birth name feels like a fresh start and a license to explore again, with his recent collaborative credits so treasured that Justin Vernon even named a song after him on Bon Iver’s latest. For Startisha, though, that same exploratory freedom is what lets the album trail off into a collection of mostly alright songs. From its stirring start, ‘Stone Harbour’ sounds like Usher trying his hand at a minimalist UK garage, with a garish chorus that withers any tenderness behind its love story. Naeem’s flow, that sounded more animated than it had in decades on vocoder rap riot ‘Let Us Rave’ with Velvet Negroni, undulates and fades by ‘Tiger Song’.

As with each release through the 37d03d label, the community becomes a vital part of the record. Even the label’s once-upon-a-time streaming platform focused on the creation process as readily as the result. Startisha turns the dial back to that early PEOPLE ethos; it shows all the signs of Naeem’s output becoming genuinely exciting, but at present these songs feel like dots waiting to be joined.

Emma Ruth Rundle & Thou have made a game-changing new record

Align yourself with the psychedelic meditation of Luke Abbott's Translate