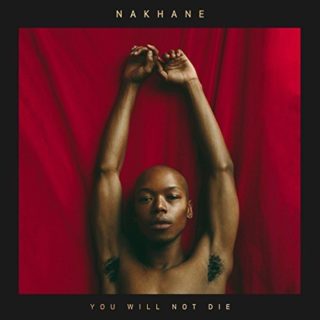 The commercial failure of Nakhane Touré’s 2013 debut album led to a period of serious reflection. Having cut his teeth on Cape Town’s open mic scene, he decided to ditch his assumed surname and the folk music that had seen him compared to Jeff Buckley and Radiohead.

He’s now returned with ‘You Will Not Die’, a collection of club-indebted tracks that address his sexual identity in relation to the renunciation of his Christianity. Autobiographical in nature, the material deliberately ‘queers Biblical language and gospel sound.’ To that end, opening track ‘Violent Measures’ is choral trip-hop while the standout ‘Teen Prayer’ could pass as an old spiritual until the lyrical double entendres are noticed.

Blessed with a smooth and soulful delivery, which resembles Benjamin Clementine’s when in falsetto, he is in essence a torch singer. This is dressed up with ’90s electronic pop and rock guitar on the likes of ‘Interloper’ and ‘The Dead’, both of which could have been cut from Depeche Mode’s ‘Songs Of Faith And Devotion’ had it been produced by Moby.

It’s often when Nakhane is at his simplest that the tracks are the most emotionally powerful and their torch roots most transparent. This is evidenced on the title track and ‘All Along’, which are built around piano and shimmering chill-out synth lines respectively. Raw in spite of Ben Christophers’ sleek production, their heart of self-acceptance is summed up when Nakhane declares, ‘when I woke up in the morning I knew that I wouldn’t die.’