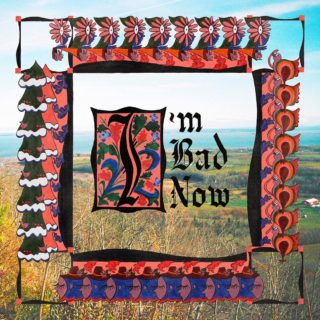 Nap Eyes’ Nigel Chapman is a biochemist. You don’t get many lead singers and guitarists for indie bands that are part time scientists and then jump in a van and travel their native Canada and the US. He also finds time to meet up with the rest of his band mates who left Halifax, Nova Scotia, for the mainland and Montreal, to make great lo-fi records.

To listen to ‘I’m Bad Now’ you wouldn’t think its song structures are influenced by Green Day (one of Chapman’s favourite bands), as the laid back vocal and minimal production is more Velvet Underground. It’s a classic sound, with West Coast/Laurel Canyon jangly guitar underneath more prominent, fuzzy hooks. Opener ‘Everytime The Feeling’ is reminiscent of recent Idlewild with the only thing missing being Roddy Woomble’s Scottish inflection. ‘Judgement’ has the rolling rhythm like a slowed down ‘Waiting For The Man’, where as ‘Hearing The Bass’ is ‘Satellite of Love’ on uppers.

It’s a step further down the road from Nap Eyes’ last record (‘Thought Rock Fish Scale’), the folk influence has been pared back and the result is a sound fuller round the gills, more meat on the bones, but retaining the lo-fi aesthetic and ear for melody.