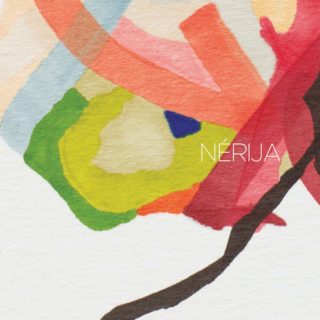 Anybody familiar with London’s jazz scene over the past few years will know that this first full-length from Nérija has a lot to live up to. Already highly regarded within that community, they released an award-scooping debut EP in 2017 and, in the interim, the septet have continued to work on esteemed solo projects including Nubya Garcia, KOKOKO! and SEED Ensemble, like some sort of jazzy Wu-Tang Clan. Blume, then should be their Wu-Tang Forever, a sprawling LP that brings together a crowd of great talents and then goes on to sound every inch the sum of its parts.

And, in truth, it really does. The group refer to themselves as ‘jazz-influenced’, meaning that they take their cues from across the genre and move forwards, never being shackled by the places from which they’ve taken their inspiration. Evidence of that is on bountiful supply across these ten tracks, which, for all their innovations – the brass-versus-guitar battle of the cheekily-titled ‘EU (Emotionally Unavailable)’, for instance, or the undulating rhythms that run through the mercurially-paced ‘Swift’ – still bear the hallmarks of the bands that Miles Davis and John Coltrane led.

There is a palpable warmth and infectious enthusiasm throughout that gives away just how much Nérija love playing with each other, but perhaps more importantly, they seem happy to be challenged by each other’s ideas; the record’s most impressive aspect is that the dance-flecked ‘Unbound’ and sharp tempos of ‘Last Straw’ can sound so at home next to more recognisably improvisational touch-points. This is a record that deserves a wider audience that it’d normally be expected to reach – in that respect, signing to Domino may have been a masterstroke.