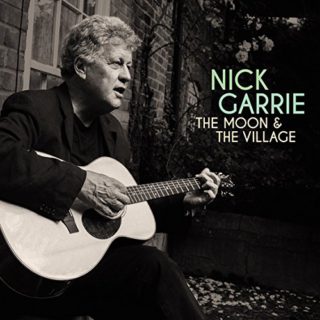 Music obsessives, rejoice! One of the great names of long-forgotten, out-of-print psych folk is back with a new record. Nick Garrie, the Yorkshire troubadour whose uber-rare 1969 debut ‘The Nightmare of JB Stanislas’ is one of the most sought-after original presses in British music, has been experiencing a gradual (re-)integration into the collective consciousness for some ten years, ranging from re-issues, festivals and hipster endorsements to a brand new album in 2009, ‘49 Arlington Gardens’. Now comes Garrie’s third full-length collection of songs, recorded with Elephant Six alumnus Gary Olson.

It is a wonderful evocation of both Garrie’s place in history and his current stage of life, beautifully rendered on tracks like ‘I’m On Your Side’, where the history and honesty in Garrie’s voice lifts a stately, heartfelt song to a more profound place. On ‘Lois’ Diary’, he tells a simple tale, but imbues it with the same emotional mass that has immortalised his contemporaries Rodriguez and Harry Nilsson. ‘Got You on My Mind’ features that voice alongside nothing but the gentle pluck of a harp; the album’s most moving moment. Garrie, now 68, deserves every bit of attention that this album brings and more – lord knows he’s waited long enough.