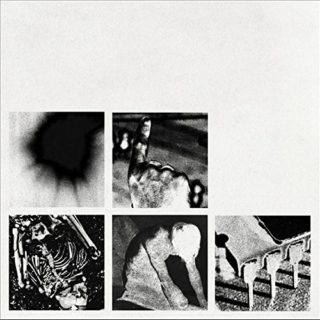 “EPs feel less important in today’s music-isn’t-as-important-as-it-once-was world. Why make it easier to ignore?” So read a post on an obscure forum by a user named teitan. The post, widely attributed to Nine Inch Nails’ misanthrope frontman Trent Reznor, goes some distance in demystifying the group’s decision to call their latest release ‘Bad Witch’ their ninth studio album despite its curiously short runtime of 30 minutes across six tracks.

Anyone would think NIN are attempting to override streaming platforms’ algorithms – EPs are usually relegated to the bottom of an artist’s Spotify page, rarely drawing any attention from listeners. Reznor or not, teitan has a point. We shouldn’t be talking about the death of the album so much as that of the EP.

Despite the face-contorting whiff of a publicity stunt, ‘Bad Witch’ is as solid an ‘album’ as any of NIN’s recent releases. The opener – entitled ‘Shit Mirror’ in true Reznorian fashion – takes the giddy handclaps and swingin’ sing-song jollity of ’60s pop and feeds them through a thresher (ditto the ‘Ahead of Ourselves’ and lead single ‘God Break Down The Door’). It’s all a reminder that Reznor and recent co-conspirator Atticus Ross are only superseded by Death Grips for blown-out speaker sonics in modern rock.

Unlike MC Ride however – whom on occasion seems genuinely unhinged – Reznor as lyricist is still about as thought-provoking as yourself at 14. “I can’t seem to shake it / not quite as clever as we think”, Reznor polemicises against “knuckle-dragging animals” (survey says: “humans”).

Like most NIN releases though, the saving graces are not in the register of industrial rock. What’s more, the largely instrumental mood pieces ‘Play the Goddamned Part’ and ‘Over and Out’ feature a lustrously languid saxophone, recalling a former collaborator, a certain departed starman.