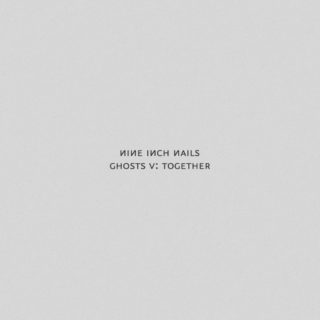 Albums can’t help but be defined by the context in which they’re released. Nine Inch Nails secretly dropped two albums, Ghosts V: Together and Ghosts VI: Locusts;
they’re a continuation of their 2008 instrumental ambient project Ghosts I-IV, which
saw Trent Reznor abandon his typically heavy, industrial rock sound for something
softer but just as dark and unsettling. Although they were probably conceived and
recorded long before we’d even heard the word ‘coronavirus’, Ghosts V and VI feel
like an appropriate reflection of the widespread anxiety and fear that permeate our
global society as we’ve entered into a state of lockdown.

Together, Ghosts V and VI demonstrate that emo doesn’t have to mean thrashing
guitars and strained vocals. Ghosts V is more obviously ambient and relatively
calm, moving imperceptibly from relaxing to unsettling. This is an album that asks
its listener to resist the temptation to zone out; it swells and quiets itself gradually,
building itself up just to bring itself back down.

Because there aren’t any lyrics to hold onto with ambient music, the track titles
initially feel arbitrary. On Ghosts V, they’re framed by the surrounding context of this
global pandemic. ‘Together’ is initially quite a comforting piano melody that swells
into something more sinister with the introduction of drones and a pulsing bass,
reminiscent of the uncomfortable truth that we’re together in being affected by the
pandemic, but we can only get through it by staying apart; the all-caps title of ‘OUT
IN THE OPEN’ mimics the track’s deep emotional and existential anxiety, recalling
the guilt involved in merely stepping outside of the house these days; ‘Your Touch’ is
wistful and longing, its rising melody swirling endlessly and subdued alien bleeps are
imbued with so much longing that it pulls at the heartstrings.

If Ghosts V was vaguely restful in its ambience, Ghosts VI is deliberately nightmarish
and unsettling in the extreme. A deep dive into Trent Reznor’s innermost world, it’s
quite a chore to sit down and experience this album in its entirety. It pulses with
uncut, buzzing energy that intimidates as much as it fascinates. Tracks like ‘Run Like
Hell’ and ‘TURN THIS OFF PLEASE’ still feel very ’90s in their energy, but the
anguish and anxiety that they express feels entirely relevant for today. Even its
sparsest tracks are laden with discomfort: ‘Right Behind You’ feels like the sonic
equivalent of the Sunday scaries and ‘Another Crashed Car’ wouldn’t be out of place
on a Cronenberg soundtrack.

Ghosts V and VI show Nine Inch Nails melding their two sides perfectly: it’s sensitive
emo through the medium of instrumental experimentalism. Reznor has always
pushed expectations and boundaries, but these latest albums feel like the times
have finally caught up with his vision. Ghosts V and VI feel like the coronavirus
soundtrack that we didn’t ask for, but certainly needed.