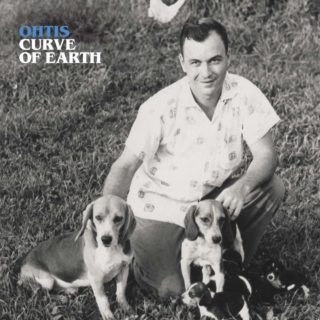 Forming in Illinois but now spread across the US, folk trio Ohtis’ debut album has been a long time coming, borne from periods of highs, lows and miles of separation. Started in his school days, singer-songwriter Sam Swinson had to put the project on hold for several years as he battled his way out of a heroin addiction, with music being a crutch to eventually aid him.

With that struggle overcome, the 8 tracks here feel rough around the edges in all the right ways, balancing an aura that’s melancholic yet comforting. Ohtis’ rustic Americana twang and acoustic hum is underpinned by a pensive current, making them feel like something of a darker counterpart to acts like Whitney or Angel Olsen.

Taking influence from greats such as Neil Young, Swinson’s vocals are impassioned and well worn, and his character and experiences come through in his tone as much as in his lyrics. Songs such as ‘Runnin’ are endearing and more than easy to return to, showing the three-piece gelling at their best. But the records penultimate track, ‘Junkie Heaven’, is perhaps the most powerful, showing Swinson venture into his most introspective moment, building to a dreamy closure.

For a debut, ‘Curve of Earth’ is remarkably mature – and Swinson’s artistry can’t be denied – evening if it can drift into the background at some reoccurring unadventurous moments.