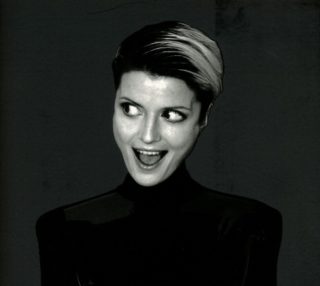 Olga Bell describes her third LP as “first for the body, and then for the mind”, by which she means: ‘Tempo’ is all about the beat. Bell used a metronome to compose this record; feeling the connection between its beat and the rhythms of her body, she has worked from the outside in to produce this odd but hypnotic collection inspired by 90s club music and drawling west coast hip-hop.

As a listener inclined to start from the lyrics, I found ‘Tempo’ difficult at first, but it improved with repeat plays, as I allowed the beat to dominate my listening experience, carrying Bell’s canorous vocals along behind. This is soul music for the dancefloor, a rhythmic fusion of hip-hop and dance beats with techno and electronic influences.

And it isn’t a purely solo effort; it features contributions from Bell’s long-time collaborators Jason Narson and Gunnar Olsen, and lyricist Sara Lucas. These collaborations work particularly well, with ‘Ritual’, which features Lucas, a kind of ravey chill-out anthem and a stand-out track.

The skill that goes into a record like this is unquestionable and smartly showcased, even if, at times, ‘Tempo’ can feel a little too experimental for its own good – who knows whether history will judge the trippy ‘Your Life is a Lie’ as genius or folly. Still, it’s hard to deny that this is a clever, courageous album, deserving of a wide audience. Just follow Bell’s advice and let your body do the listening.