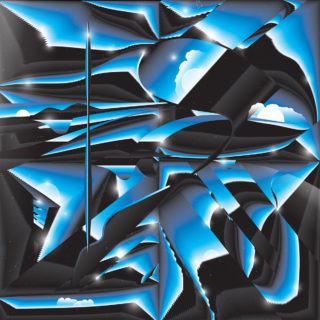 Whilst it may be difficult to keep up with all of the name changes and stylistic explorations, you can rely on John Dwyer’s consistency. Between all his various musical endeavours, there will usually be at least one new album a year from the man behind eclectic garage rock outfit OSees, aka Thee Oh Sees, The Oh Sees; The Ohsees, Orange County Sound, OCS, and so on.

In the mission-statement-cum-press-release that accompanied 2019’s Face Stabber, OSees pondered the idea of going against the grain, not taking life too seriously, and simply doing something for the sheer enjoyment: “Let’s have some art for art’s sake. What else are you going to do? Stare at the sky?” What followed was almost 80 minutes of hypnotic psychedelia, and with Protean Threat, the first full-length release under their current moniker, OSees are in a state of retraction. They’re rallying the troops for an act of rebellion against a reality where idealism is a disguise for the corruption and depredation all around us.

Assaulting the senses with a deluge of scuzzy psych-punk, ‘Terminal Jape’ has more in common with King Gizzard and the Lizard Wizard’s Infest The Rats’ Nest than it does with anything else in OSees’ back catalogue. The album’s intent to provoke and inspire couldn’t be any clearer: “Future youth / Do conspire / Facelessness is key / Cloak your flag / Dissimulate / Divert / Disguise / Mislead.” The track conjures a disenfranchised, kaleidoscopic world that oscillates and pulses whilst you scramble to find your footing; there’s unpredictability at every turn.

From the disco-inflected ‘Said The Shovel’, through the surf-rock of ‘If I Had My Way’, and all the way over to the aqueous, synthesised sounds that reside in the soundbed of ‘Canopnr ’74’, there’s a flawless dynamism and synchronicity in the way the instrumentation amplifies the vocals which educate, agitate, but never dominate the song. OSees are skipping across a plethora of musical touchstones, and continuing to blaze their own trail as expansive psych-rock pioneers.