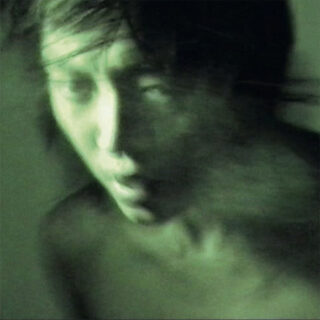 “Solitude is like an immense lake you’re swimming through,” says Pan Daijing. “Sometimes you dip your head in and sometimes you lift it up.” As a potential guide through the Guiyang/Berlin sound artist’s third album Jade 玉观音, it isn’t immediately helpful. Daijing’s arrangements are frequently claustrophobic, writhing and knotting like plant roots growing in too small a pot.

While differences in Jade 玉观音 and 2017’s Lack 惊蛰 are subtle, it’s certainly harder to read the industrial techno strains this time around. Propulsive rhythms have withered and fallen away to reveal startling skeletons of noise, freely improvised on synths and drum machines on the likes of ‘Tilt 四月’ and ‘Dust 五月’. But the operatic tone of her singing voice has become heightened, accompanied by a creaking cello on ‘Dictee 三月’ and sounding like a haunting cantata melody. Each song title is subtitled with simplified Chinese symbols, each ending in ‘月’, which can refer to months of the year. A telling exception is exception is ‘Ran 乱’, which can refer to ‘randomness’ or ‘chaos’. There’s a journalistic quality to Jade 玉观音, as if a personal anecdote is being told through layers of misdirection and reinterpretation, either to save face, or to express something for which there are no words.

That is the primal fear of ‘Let 七月’, a piece which recalls the solo dip of a thalassophobe (someone who fears the ocean, according to Google) in a vast body of water; nothing but you, the horizon and whatever mysteries tread the depths below. Drones tense as subaquatic bass lurks just beneath the surface, as Daijing delivers her clearest spoken word vocal to date. “Do not go too far away,” Daijing cautions.