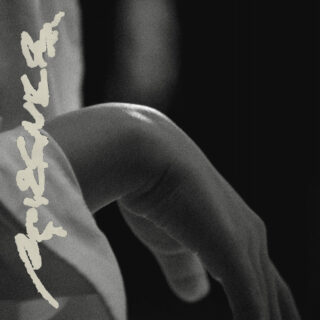 It takes less than a minute for Pan Daijing’s avant-garde noise album Tissues to begin to irk. This should come as no surprise, or be no slight, if you know the Guiyang born, Berlin based, self-taught artist and composer’s work. Since the release of her 2017 debut LP Lack, Daijing has exhibited an exceptional gift for making music that gets right under your skin. Her work sits at the unpalatable, headache-inducing intersection of extreme noise music, jarring operatic discordance and psychoacoustics. And her latest release, Tissues, follows this same formula with impeccable precision.

If this is beginning to sound like it’s going to make you feel at least a bit riled, you’re not wrong. By playing within the deep extremes of music, she wants to provoke her listeners. She wants to galvanise you, and incite you to opt out of the passive, subdued state of affairs. And at the same time, she’s also asking what music is, and what it can be. It’s also only through making this extreme, avant-garde noise music that Daijing has said she can properly excavate and express her own feelings. Her body of work so far has examined her piercing loneliness, her acute fears and deepest grief, so much as to say, her music has examined her emotions in their most distilled states. Her third full-length, Tissues, marks out even more intimate territory.

Pan Daijing’s exhibition performance, ‘Tissues’, was originally shown at the Tate Modern in late 2019. There it was performed with a cast of twelve dancers and opera singers in the Tate’s Tanks space, as a ‘multi-sensory’ artwork, encompassing space, sound, and movement. It’s now, following on from the pandemic, that she’s chosen to release an excerpt of that artwork, in the form of a studio-recorded, 54-minute-long piece.

It’s the mutations of the human voice throughout Tissues that sting the most. There are shifts from the guttural, with a kind of unpleasant gurgle around forty minutes in, to the repetitively shrill, with a gradually sped-up refrain of high-pitched “hi, hi, hi, hi” shrieks earlier on in the piece. Daijing’s direction of her performers produces sharp atonal clashes of operatic vocals, that bring acute attention to some of the most piercingly emotive and moving sounds the human voice can make. It plays into one of the central ideas in her work: that words and language often fail to express anything close to what you feel. Often, they can obscure it.

The use of operatic vocals and a mix of old and modern Chinese dialects alongside snippets of English only helps to compound this idea. To those who didn’t grow up with Radio 3 floating around the home, those with limited exposure to the operatic vocal (that’s me) might have an inherent difficulty in deciphering what is being said in Tissues. It’s an added hurdle that makes the point, to me, that there’s a gulf between your deepest emotions and your words. You can’t really know or understand enough of someone just from what they make explicit in language.

Another essential component of Tissues is how Daijing intersperses her composition with the abrasive, repulsive, acutely jarring noises of the everyday, and grounds these sounds in the four-person skronk, and a nightmarish, intense chorus of synthesisers. What’s most effective in pushing you to the brink when listening to Tissues, is these ominous everyday noises. Whether it’s the feeling that there’s a helicopter flying uncomfortably close to the roof, that there’s a freakishly crisp, rasping cough of a neighbour much, much closer than feels normal, or that there’s an eerie, out-of-tune whistle floating up from someone lingering on the street, throughout Tissues, Daijing has me nervously taking my headphones off to check what’s part of the album, and what’s actually happening in real life.

There’s a sense here that Daijing can deconstruct and undo the feeling of time: if you get immersed in the composition, you can feel taken away from yourself. It can serve as a corrective, bringing you into someone else’s world. Daijing’s work calls into question the boundaries between affect, reality and musical artifice; she suggests that those distinctions may not be relevant.

The other thing that Pan Daijing points towards on Tissues is the fact that pursuing authenticity and exposing your emotion can be frightening, but there’s no need to be afraid of that. The ugly, lonely world of internal fear is worth examining. To voice that world is to begin to overcome it; somewhere, there’s something beautiful in that.