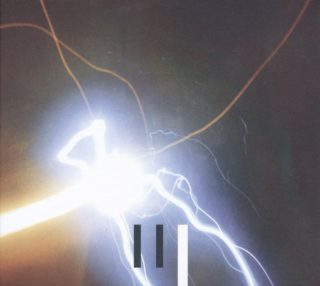 It’s tempting not to delve too far into Pantha Du Prince’s biography here, if only because obvious descriptors like “minimal house” and “experimental techno” are polarising to the point of being anathema for some. The truth is that German producer Hendrik Weber makes music that’s generally more than the sum of its parts, taking in shoegaze and ambient influences on the way to producing records that defy reductive categorisation. This fifth LP switches from the percussive, bell-dominated instrumentation of last record ‘Elements of Light’ and instead serves notice of Weber’s knack for weaving complex ideas into club-worthy, icy-cool dance music.

Nowhere is this more apparent than ‘Dream Yourself Awake’, which starts off sounding like a potentially skippable indulgence before gradually morphing into an extended swirling coda of glacial pads, a lockstep groove and Weber’s baritone voice. Ironically the rest of the record actually does better without vocals, and closer ‘Wallflower for Pale Saints’ is an overlong misstep, but collectively ‘The Triad’ is a chilly but ultimately approachable affair.