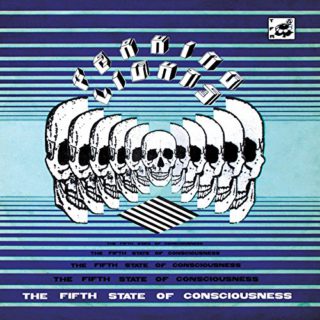 Five albums deep and Peaking Lights’ hypnotic take on psychedelic pop is well practiced. Shifting between the lines of blissed-out beats and washing melodies, ‘The Fifth State of Consciousness’ is a quixotic mix of carefree West Coast spirit and cold distance that Aaron Doyes and Indra Dunis frequently allow to creep in. From recording melodies on tape machines backwards, before playing them in reverse, to breaking electronic gear to create their own sounds, the layers run characteristically deep and dubby but the intent isn’t always fathomable.

Sometimes it feels as if that’s the point. Sticking with the murky synth noodling at the beginning of ‘Que De Bon’, you’re rewarded with a late bloom of seductive, electronic haze; sit with ‘A Phoenix and a Fish’ for long enough and Dunis’ unaffected vocal slips into a hypnotic angel chorus. It makes sifting through Peaking Lights wandering complexity a pre-requisite, and while they remain determined to move to their own beat, there’s little stopping album number five drifting off into the ether.