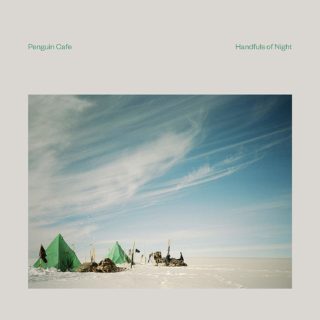 There’s an interesting story behind Penguin Cafe’s latest album: it started life as a collection of songs commissioned by Greenpeace about penguins and the endangered seas of the Antarctic, and is further inspired by bandleader Arthur Jeffes’ own trip to the Arctic in 2005. It must be beautiful and terrible at the Poles; ice in every direction, the sun that never sets, the awed horror at our planet’s ongoing destruction. You’d think it would have a real impact on an ambient album, especially given the genre’s history with arctic-ambient landmarks like Substrata. But it doesn’t.

Jeffes’ expedition pretty much just stays in the press release. What you actually get are a few pretty soundtrack-adjacent compositions which will slot neatly into Spotify’s chillout playlists. There are cuts to enjoy, like ‘At the Top of the Hill, They Stood’, but it’s closer to Animal Crossing than it is to Polar Sequences.

There’s an emotional disconnect between what the record wants to be about and the pretty neoclassical compositions that actually make it up. There’s nothing inherently wrong with pretty neoclassical compositions, but it feels like a mis-step to make a record about this landscape without musically acknowledging what humanity has done to it. ‘Pythagoras on the Line’ gets close to this, with an urgent underlying rhythm alongside the usual musical wallpaper, but it’s not really any more intense than the soundtrack to the last ITV crime drama you watched.

Handfuls of Night could have been intense: it could have responded to our time in history on the brink of an ecological disaster unprecedented in the history of life on Earth, but, while Jeffes’ intentions are clearly noble, musically it doesn’t. Instead, it’s a collection of perfectly nice songs that sound like they’re set in a wonderful land where penguins hang out and everything is fine.

Note: This review has been updated following an inaccuracy that was brought to our attention after it’s original posting