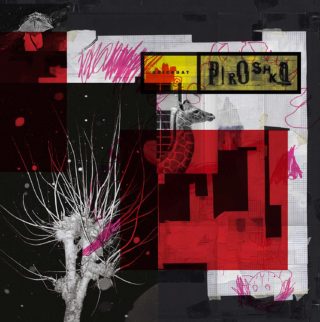 It’s been nearly thirty years since the various members of British underground supergroup Piroshka were at their respective musical peaks. A new project made up of members of Elastica, Lush, shoegaze pioneers Moose and post-punks Modern English, Piroshka was born in the rehearsals for Lush’s final show in 2016.

Depending on which side of 1990 you were born, their debut album is either a hazy tour through the best moments of British guitar music pre-2000 or a slightly languishing attempt by a group of musicians the same age as your parents to act like the last nineteen years never happened.

‘Brickbat’ was inspired in equal measure by disdain for the Internet, Brexit and being hated by the Daily Mail. While there’s nothing necessarily objectionable about any of those topics, the way in which Piroshka tackle them does come across slightly like an irate Guardian column put to music. Whether it’s the obvious anti-Brexit jabs of opening track ‘This Must be Bedlam’ or the cringe-worthy ‘Hated By The Powers That Be’, Piroshka’s attempted takedowns of modern society can’t help but feel trite, especially when compared to the wealth of politically charged music being made across the UK right now.

While the album’s lyrics leave you wanting more, the fusion of Lush’s shoegaze dreaminess and Modern English’s post-punk sensibility works well, particularly on the latter half. Tracks like ‘Heartbeats’ and ‘She’s Unreal’ undo some of the damage done by earlier more obviously ‘political’ tracks. Yet shiny and halcyon as they are, these highlights aren’t enough to disguise a record that seems destined for irrelevance.