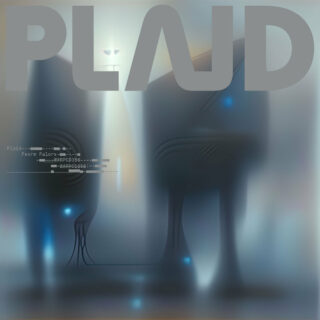 A lot of fairly ripe nonsense accompanies the release of Feorm Falorx, about how the 11th Plaid record is the recreation of a live set that the electronica veterans performed at the Feorm Festival, apparently “an intergalactic shindig held on the planet Falorx”. There’s sci-fi bollocks about the duo being converted into lightbeams to survive Falorx’s inhospitable atmosphere, and therefore not being able to operate traditional musical equipment, and how the record is only an “acceptable” reimagining of their off-world gig. All of this shouldn’t distract from the fact that Feorm Falorx is actually really good, and is totally unrequiring of all the space-nerd dress-up.

Indeed, it’s all the more impressive to consider that the record was probably made in the far more terrestrial environments of a south London studio by a couple of blokes in their 50s, thus rendering its retro-futurist crispness and clean, gridded machine funk as less some hokum documentary caper and more an act of glorious human escapism: listen to standout ‘C.A.’, for example, an endless pulsating monster moving at multiple speeds at once, or the metallic clunk of ‘Wide I’s’, all intimidating mid-pace thuds and swooshing synths, while staring out the window at late-2022 UK drizzle, and the imagination on display is infectious. The slow builds in complexity on ‘Return to Return’ and ‘Perspex’, too, are wonderfully knotty experiences with more in common with mid-period Radiohead – tuneful, stuttering, always tumbling away – than anything you’ll find in space opera. It renders a Feorm Falorx a genuine Earthly delight, regardless of the attempted framing.