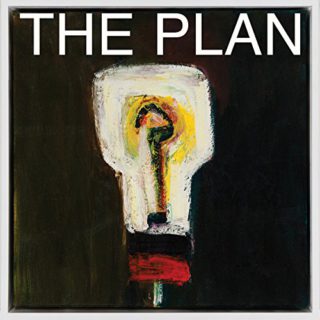 Ah, post-punk: that wiry, restless sound that’s as broad as it’s been overdone. Nowadays, the genre pertains to anything with angular rhythms and an overall foreboding temperament. Done well and you can sound like the best ’80s copyists with a few ideas of your own; executed badly and it can only sound contrived. Southend’s The Plan (a new group made up of members of Wetdog, Vic Godard’s Subway Sect, Private Trousers and Ghost) adhere to a formula that’s faithful to post-punk’s origins: stop/start abrasiveness, melodic intensity, cryptic lyricism and occasional experimentation resulting in something that sounds like a forgotten obscurity from 1982.

Rooted in punk, the various styles at play here, from no wave and psych to garage rock, give the album satisfying variation. The best moments are during the subtle idiosyncrasies, such as the whirring synth on ‘Chambers’ and the sharp Raincoats-esque strings on ‘Arithmetic’; in Rebecca Gillieron’s defiant but soft vocals, too. ‘Nervous Energy’ is as faultless and authentic as contemporary post-punk gets.