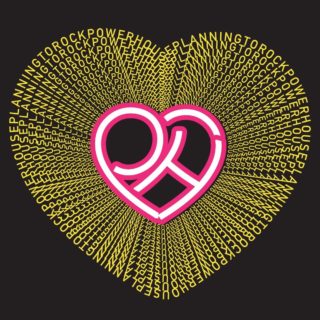 “I was five years old, my mum was sick / Our dad was away and you were a prick,” sings Jam Rostron on ‘Dear Brother’, its light, flute-like whistles sounding joltingly breezy when matched with the story of a childhood trauma suffered at the hands of a sibling. It’s devastating, but Rostron is less focused on reliving the past than truly living the future. “I’m ready to let it out,” they declare. “I write this song so I can forgive you.”

‘Powerhouse’, Rostron’s fourth album as Planningtorock, is full of stories about strength and resilience: on the infectious shuffle of ‘Beulah Loves Dancing’, Rostron recalls how their autistic sister would dance so enthusiastically in her bedroom she’d make the whole house shake, and the gorgeous, slow-pulsing title track is a tribute to the mother who protected them.

Such vignettes are less explicitly political than 2014’s ‘All Loves Legal’, but ‘Powerhouse’ is no less staunch in its resistance. The opening ‘Wounds’, with its woozy, electronic smog, is about the strength of “learning to live” with old scars rather than existing in fear of them; the bright, blurting synths of ‘Non-Binary Femme’ finds Rostron repeating the title over and over until it feels like a defiant mantra; and the sultry, RnB-kissed ‘Transome’ is a suitably sexy soundtrack for their account of enjoying physical pleasure “with my body all femme and my face all masc.” It’s a refusal to be boxed in or live by anyone else’s terms, and throbs with freedom, pleasure and unexplored possibilities.