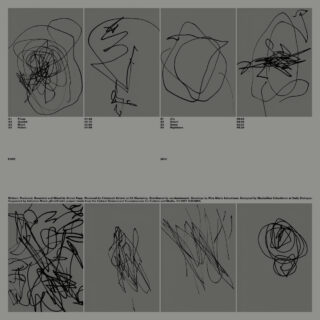 There is no denying the acute attention to detail and sophisticated composition of Devi, the forthcoming album from German jazz drummer Simon Popp. Having already been remixed by dance deities Stenny and Ciel, this record sits somewhere between modern minimalism, new age and electroacoustic, fed through a club lens.

Devi embarks on this cross-fertilisation of styles with ‘Pingo’, a blissful audioscape that feels like lounge music for extraterrestrials. I am probably more distracted by the compressed engineering that is about as dry as the Danakil Depression, causing every polyrhythmic sequence to protrude, than the visceral genesis of the track. It is this distraction that pulls me away from the warping time signatures, melting syncopation and other subtleties that bubble in the background; the elements that offer this album a multi-dimensional perspective.

Its percussive arrangement yields a clinical prose and ultimately loses sight of colouring outside the lines. But that might just be my fascination with sludgy, nostalgic new age experimentalism and I am failing to appreciate the contemporary aesthetic of Popp’s sonic science project. Perhaps the closest answer to that is ‘Jilu’ which embodies a half-time waterfall of plucking acoustics, scattering in and out of time. It is not until the final few seconds of album closer ‘Higlehasn’ that you can actually hear the rhythm surrender its control.

Like Popp’s previous album Laya, each track embraces a Western tonality of dissonant diasporic sounds, displaying a careful consideration for intra-continentalism. Yet the harmonies don’t seem to develop far enough to generate an infectious hook, and soon enough blur the lines between tracks to become somewhat unmemorable.

There is a lot to like about Devi; it is technically advanced and carries a sense of optimism, but something feels like Popp played it a little safe.