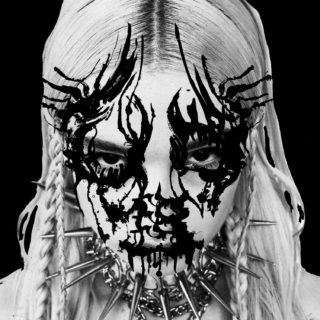 On abrasive new album I Disagree, American singer and YouTube star Poppy completes her Cronenbergian transformation from self-described “kawaii Barbie-doll princess” to thrashing nu-metalhead. Along with Rina Sawayama, Princess Nokia and Grimes, she’s part of a new wave of acts that are incorporating elements of the genre into their music. To her credit, Poppy commits on I Disagree more so than any of her pop contemporaries have done. It’s just a shame that it makes for an exhausting 35 minutes.

Listening to I Disagree, it’s painfully clear that metal should have remained a flourish of Poppy’s music and not the focal point. The best songs on her 2018 album Am I a Girl? carefully skirted the line between chaotic and messy. Here, Poppy flings erratic arrangements, religious imagery and sugary hooks at the wall on the ill-judged assumption that some of it would stick. ‘Anything Like Me’ is an ungodly mashup of singsong vocals and cheesy Muse-esque guitar riffs, while on ‘BLOODMONEY’ she namedrops Jesus and Satan over screaming licks as if working her way down a checklist of what makes a metal song. The songs here are Frankenstein monsters. There’s little rhyme or reason to any of them.

Closing track ‘Don’t Go Outside’ is a refreshing exception. A dark instrumental carefully and deliberately builds to an aggressive crescendo as Poppy sings about hiding herself away from the world. “Everything will be okay,” she repeats as ominous arpeggios give way to clattering percussion and distorted guitar solos. For once, it doesn’t sound out place or unearned. It’s a tantalising glimpse of what a well-executed pop/metal fusion album could have been that, unfortunately, comes way too late. Chalk this one up as an ambitious failure.