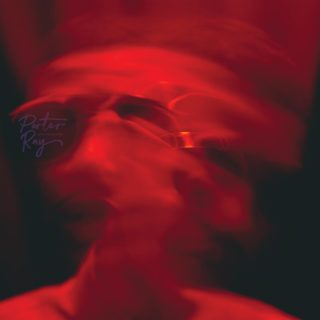 Try as the label might to shake off the shadows of its past, there are few record companies as inextricably linked in the public consciousness to a certain time, place and genre as Sub Pop. Sub Pop is Seattle, ‘90s alternative rock, Nirvana’s ‘Nevermind’, even if they didn’t release it. Their 2009 signing of Shabazz Palaces was a statement of intent, signalling a desire to take a step back from guitar bands and into the comparatively exotic spheres of hip-hop and electronic music.

However, it’s important to pinpoint the specific nature of Sub Pop’s hip-hop produce; experimental, cerebral and jazz-literate, the likes of Shabazz Palaces, THEESatisfaction and Clipping are far closer to their muso-approved peers at Brainfeeder or Stones Throw than the straighter, heavier-hitting signees of Aftermath, Def Jam et al. This might be a little simplistic, but that may have something to do with a concern for the preferences of the label’s existing, previously indie rock-focused demographic. In Porter Ray, however, Sub Pop might just have found themselves a rapper with genuine, major-league hip-hop potential.

‘Watercolor’ is a thrilling, if somewhat flawed, introduction to an intriguing talent. The production, courtesy of B-Roc, Dez Anthony, Kmtk and Tele Fresco, is excellent, taut and snappy, but the spotlight is unquestionably Ray’s throughout. His writing is his greatest strength; his eye for narrative detail is remarkable, as is his ability to instil each line, often heavy with ideas and import, with considerable wit and charisma. The silhouettes of a handful of significant themes (God, loss, parenthood), with whose enormity Ray manages to deal admirably, are traced carefully across the emotional arc of the record, and their details are fleshed out skilfully at certain key points.

The only issue here, really, is one of influence. Immediately, one is struck by the similarity of ‘Watercolor’ to Kendrick Lamar’s ‘Good Kid, M.A.A.D. City’; echoes of that record can be detected in Ray’s calm, controlled delivery and compassionate lyrical voice throughout this LP. And for all of his charms, Porter Ray is no Kendrick just yet – the album has too many lulls, his writing too reliant on cliché. He does, however, show great promise on ‘Watercolor’, and although he has some way to go, one senses that the magnificence of an opus like ‘Good Kid…’ might not entirely be out of his reach.