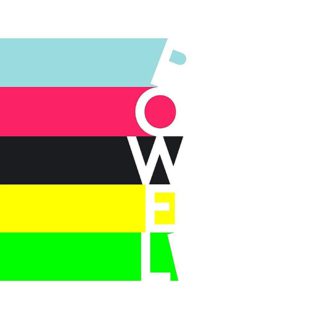 Oscar Powell’s debut album starts with 36 seconds of piercing static, the kind that’s exhilarating at punishingly high volume in a sweaty windowless box, but which is also, unfortunately, just mildly irritating at home-listening level. It sets the tone for the rest of ‘Sport’, an undeniably substantial slab of intelligent, gritty electronica that probably sounds incredible at Berghain but is a tougher listen pretty much anywhere else. That’s not to say the record’s without its intrigue.

Last year Powell trolled Steve Albini by publishing a snotty email he received from the Shellac legend on giant billboards, and his prankster humour shines through here too with his choice of bizarro samples: he appends heavy, motorik ‘Junk’ with a northern voice cooing, “that’s better, that’s Mellow Magic” seemingly in reference to every Uber driver’s favourite late-night radio station, and ‘Plastic’’s arrangement of cut-ups is pleasingly peculiar. Ultimately, though, while there’s lots to admire within ‘Sport’’s lemony synths, thudding programming and staticky confrontationalism, an hour of this aggression is rather exhausting.