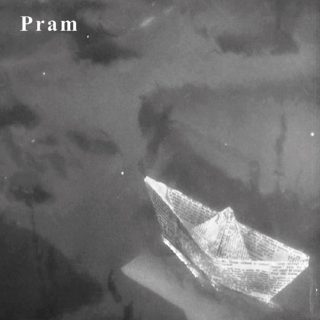 When R.E.M. parted ways with drummer Bill Berry in 1997, the subsequent album, ‘Up’, their first as a three-piece, was a patchy, insecure statement of intent. Now, Pram are far from being R.E.M. in their middle-period high, and the world is hardly waiting on their every move – their general obfuscation and definitive lack of online presence sees to that. What’s surprising is that, despite losing their longstanding frontwoman Rosie Cuckston to academia, there seems to be less at stake than expected for Pram on their eight album.

Like their contemporaries Stereolab, there’s much of an ‘always the same, always different’, conceptual weight behind each Pram release. If you’re already down with their established dark cabaret vibe – the masks! – you’ll be fine with the present release. This psychedelia is less acid and more opium, of the unseen quarters of Victorian England, faintly orientalist in its exoticism. It feels as unfashionable as prog rock in the ’80s, but its confidence befits a group of Pram’s established cult status. The horns and clipped samples of ‘Shimmer and Disappear’ and ‘Doll’s Eyes’ are breezily-handled, and ’Footprints Towards Zero’ harks back to the group’s 1993 full-length debut ‘The Stars Are So Big…’ just enough without taking too much comfort in their past.

Yet a gaping hole lies in Cuckston vocal absence – although a similar voice appears infrequently throughout, like parts recorded before her departure. Full of ultimately tiring instrumentals, ‘Across The Meridian’ seems of zero consequence, something to tide over the fans until the next tour. (What’s more, I wonder whether Pram’s newest converts after the success of 2007’s ‘The Moving Frontier’ will have been partially undone by their near-decade hiatus). Multimedia shows with projection artists and designers are in the works, which ought to satisfy those disappointed by the relative lack of showiness on record.