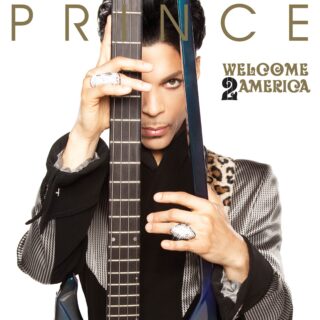 Welcome 2 America, the story goes, is the “lost” Prince album. Recorded in 2010 and scrapped without warning or explanation before its release, the record was consigned to Paisley Park’s legendary archives. Now, five years after Prince’s untimely death, it finally sees the light of day.

Featuring more directly political lyrics than much of Prince’s best-known work, Welcome 2 America tackles issues of race and injustice in America with trademark wordplay and panache. The album’s title track is a withering assessment of the state of American society laid over slow-burning funk, while songs like ‘Running Game (Son of A Slave Master)’, ‘1000 Light Years From Here’ and ‘Same Page, Different Book’ wrap social commentary in breezy instrumentals with glamorous, if a little lightweight, results.

Elsewhere, Prince reignites his legacy as a lothario on the outrageously smooth ‘When She Comes’ and injects a little carefree fun into the album with ‘Hot Summer’ – though admittedly the latter feels a little more paddling pool in the garden than ’80s luxury hotel pool party.

Yet while there are some prescient lyrics and glimmers of the effortless cool that define the Purple One’s legacy, the album as a whole lacks the vitality of his best work. It could be the ten years that have passed since its recording or merely the knowledge that Prince decided to leave these tracks unreleased in the first place, but throughout the album, it’s hard to shake the feeling that Welcome 2 America is anything other than a minor footnote attached to a far superior body of work.