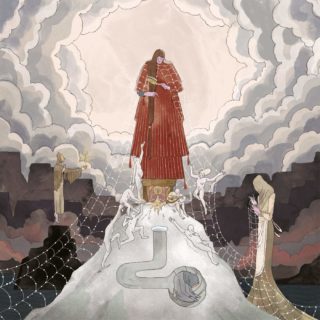 It’s crazy to think the last time Purity Ring dropped an album was in 2015, back when everything didn’t seem quite so fucked up. The pair have since written and produced for Katy Perry, but mostly they’ve laid low in the turbulent years following the release of another eternity. Now they’re back with WOMB, a great big hug of an album that’s arrived at an auspicious moment.

Megan James and Corin Roddick’s idiosyncratic sound has remained largely unchanged since they were dubbed “the future of pop” back in 2012. They’ve wisely shed the anthemic immediacy of another eternity, instead marrying that album’s glossy sheen with the transcendental weirdness of the duo’s debut Shrines. From the soft keys of ‘stardew’ to the staggered synth tones of ‘peacefall’, the instrumentals on WOMB are pristine. It’s a warmer, more intimate listen than their first two records, full of paeans to love and comfort. “Into, into the light,” James repeats on ‘peacefall’, while on ‘sinew’ she invites her partner to “rest like [they] belong here”.

In these dark days, we need to find comfort in small joys. Purity Ring’s third album is a shimmering escape, and as good a self-isolation soundtrack as you’re likely to find.