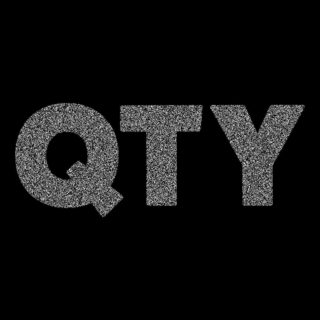 As impressive a roster as London label Dirty Hit has already managed to assemble, it’d be pretty disingenuous to suggest that they had an ear for artists that are genuinely ready to break new ground; the indie rock heavyweight likes of The 1975 and Wolf Alice wear their influences firmly on their sleeve, whilst you can say the same about up-and-comers Pale Waves, The Japanese House and Superfood. New York duo QTY do nothing to buck that particular trend, and are actually largely in thrall to influences from their hometown on this self-titled debut album – Lou Reed and The Strokes both hang heavy over it.

When it takes off, it really soars with the ramshackle rock and roll energy of the latter (see fizzing opener ‘Rodeo’ and the irresistible strut of ‘Word for This’) but too often the record lapses into mid-tempo trudges like ‘Sad Poetic’. The pretty balladry of ‘New Beginnings’ suggests that QTY have the ability to tackle both sides of the volume dial, so perhaps we’ll get a more refined effort next time out.