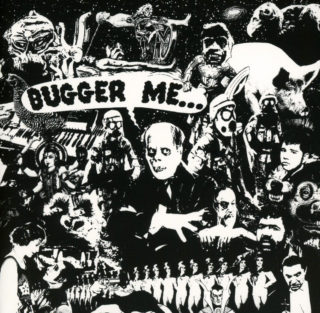 Sam Coomes is one half of Quasi, one of those bands spawned from other bands who’ve existed seemingly forever in the US underground; highly prolific and merrily indifferent to either the units sold column or the opinions of pretty much anybody. His apparent stated aim with this debut solo record is to present simple pop songs to a leftfield audience. Accordingly, opener ‘Stride On’ kicks off with compere-esque vocals sitting under a fairground organ and drum machine backdrop. It’s sweet and simple. And from here on in the album keeps surprising and taking different turns – all of them good.

‘Shined It On / Lobotomy Eggs’ is like Flaming Lips meets Lennon’s ‘Imagine’, a lovely slow-paced ballad that drifts along beautifully. Then there’s the instrumental ‘Corpse Rider’, which is heavily psychedelic, and the superb, seven-minute ‘Crusin’ Thru / Just Like The Rest’ which morphs excitingly from a neat little pop song to something approaching krautrock – Moon Duo with a light touch. ‘Bugger Me’ is accessible, leftfield and exciting – mission accomplished, then, for Sam Coomes.