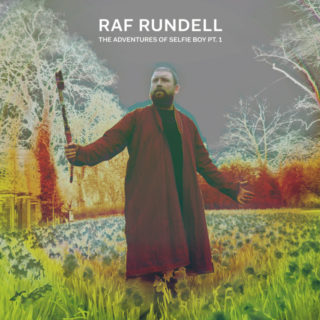 As one half of The 2 Bears Raf Rundell’s spent the last few years playing out the kind of lush, welcoming house tracks that bely both his and Joe Goddard’s cuddly personalities. And where those warm, happy songs glide across the genres, Rundell’s new solo turn as Selfie Boy similarly delivers a mixed bag of styles.

Where the oddly affirming ‘Llama Farmer’ feels like a homage to the ‘Human Traffic’ comedown sermon, the minimal sass of ‘Poor Bitch’ pulls this mini-album into biting, Vogue-inspired territory; where the easy-going ‘Shopping for a Shaman’ evokes the spirit of Air’s ‘Moon Safari’, Rundell’s vocal is the glue that binds the ever-shifting sound of album opener, ‘Carried Away’.

It’s a playful collection of tracks, pinned together by the mellow builds and easy rhythms of ‘Right Time’. The standout track here, it’s every summer requisite melted into one fluid melody of shuffling percussion, bright piano and tight basslines – the signature moment for a release full of the colourful ideas we’ve come to expect.