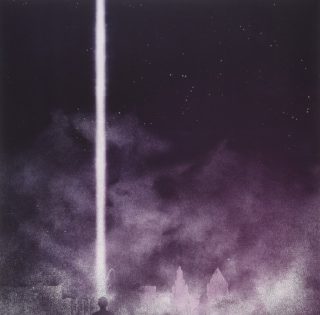 Without the context or back story ‘Potential’ exists as an imaginative, frequently catchy electronic album that marries grime, Baltimore club and UK dubstep in a way that demands repeat listens. But layer on the concept and a different dimension is revealed. After playing with the idea on his 2013 debut ‘Nonfiction’, this time Brooklyn-based producer James Hinton went all out: over hundreds of listening hours he plugged in a set of specific search criteria to dig down into YouTube’s vast catalogue of amateur videos to discover a series of vocal samples.

What he found were clips of unknowns like teenage MC Kruddy Zak freestyling in front of brick wall in London (88 views) and Jamaican prison-officer-cum-reggae-artist Naturaliss (100 views) who’d record songs he kept in a dusty cardboard box. As Hinton got in contact, often by extraordinary means, a 21st Century digital crate-digging exercise turned into a heart-warming social experiment as he got to know this group of collaborators. It’s all captured in a documentary, <em>Superimpose</em>, which follows the release of the album.

Interesting as that is, it wouldn’t have the impact it does without the music. It’s The Range’s best work yet, dancing synths, spectacular drops and immaculately crisp loops. Without the story it’d stand up as a beautiful piece of work, but add that in and it’s the most human electronic record released for ages.