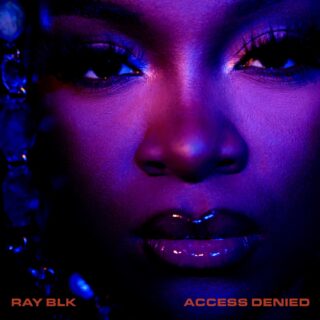 In the build-up to the release of Access Denied, Ray BLK made it pretty clear that she isn’t playing around. Having put out a few EPs (2016’s Durt and 2018’s Empress) either side of winning the BBC Sound Of 2017 poll, this hefty debut has her feeling bold, bossy and baring her teeth.

An album of self-love, empowerment, revenge, and SE London swagger, there’s poise and polish to the icy, minimalist production, from classic R&B to hard-hitting beats and hand-clapped choruses. ‘Lovesick’ goes hard on taking control after a bad relationship, ‘Smoke’ is an effortlessly catchy FIFA-soundtrack-staple-in-the-making, and ‘Go-Go Girl’ is another future anthem with its big chorus and clinical trap beat. There’s even room for UK rap icon Giggs to add his playful, patient delivery to ‘Games’ in an unexpectedly complementary cameo.

At 14 tracks, there’s a lot to unpack, but Access Denied is a statement of style, self-confidence, and saying what needs to be said – whether it’s in a heavy bar or a hook-laden chorus. And when you can switch between soulful vocals and biting verses as seamlessly as Ray BLK does here, this debut deserves to be more than a mere platform for her talents: it should be a podium.