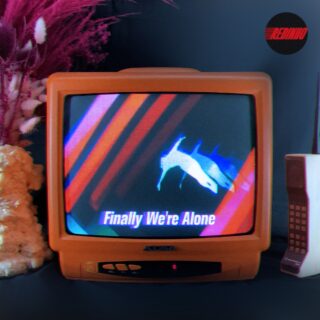 If 2020 was the year of the pandemic, 2021 will surely be the year of the pandemic-inspired album. A bittersweet and ambient journey, the long-awaited new record from Riz Ahmed and Hudson Mohawke collaborator Redinho acts as a personal sonic snapshot of what the artist also known as Tom Calvert went through during lockdown; a collection of diary entries in his own words.

This sentiment is emulated within the many quirks of the ten track album. It’s an immensely delicate and vulnerable record that feels seamless between predominantly instrumental tracks, with the infrequent vocals that make an appearance adding a deeper layer of intimacy – bar the obscure ‘Super Moon’, which sticks out like a sore thumb. It breaks the album’s character frivolously, which doesn’t feel particularly necessary for an album that is so introspective.

That being said, the further into the record you get, the more you feel Redinho truthfully captures the turbulent emotions universally felt during lockdown. ‘Paul’s Place’ convulses in atmospheric house with synths that feel like they’re gasping for air, feeling ever more claustrophobic next to the suspenseful and curious ‘Studio F’. ‘Too Late to Turn Back’ could almost be a vaporwave track, if it wasn’t so obviously sincere, and the ’80s influences reach their peak on the closing track ‘We’ll Fight The War Together’. It feels oddly comforting as an ode to Calvert’s father who passed away from Covid after a long fight with dementia, evoking saccharine nostalgia.

Crackling and popping with so many nuances that you’d be hard pressed to pick them all up on a first listen, Finally We’re Alone is worthy enough to revisit its brooding palpitations, regardless of how much you’d want to forget about the subject matter.