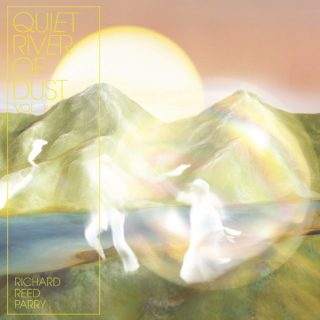 Here’s an announcement to set the alarm bells ringing – “multi-instrumentalist from world famous indie rock band releases volume one of double album.” But wait, come back! The multi-instrumentalist in question is none other than Richard Reed Parry from Arcade Fire, so he’s owed a fair crack of the whip.

It’s unsurprising that Parry would want to explore a completely different direction to that of his main band – after all, what else is a solo album for? When ‘Quiet River of Dust’ opens with a passage of birdsong and some kind of tribal whistle, that direction becomes immediately apparent. ‘Gentle Pulsing Dust’ is an odd mixture of delicate folk and the grandiose, slightly absurd gesturing of mid-70s rock; towards the end of this epic eight-minute stall-setter, pan pipes can be heard.

This is about as extreme an example of a concept album as you’re likely to hear. The intriguing experimental noise of ‘Sai No Kawara’ segues into the echoing vocals and vaguely oriental atmosphere of ‘On The Ground’ (the album’s origins and inspirations originate in a trip Parry took in a Japanese forest a decade ago). Here we find the high point of the record – it’s absorbing and immersive, and filled with epic peaks. Sadly, however, more typical is the delicately constructed but inexpressibly dull trudge of ‘Song Of Wood’.

The most straightforward track here is the soft-edged, faintly psychedelic ‘Finally Home’. But there are endless passages amongst these songs of aimless meandering, irritating warbling, washing waves and birdsong, set against overbearingly earnest lyrics. Example: “I was in the wind with the wind in me”. The music almost reaches the point of unconscious self-parody, and no amount of suspension of cynicism in the listener can overcome the fact that ‘Quiet River Of Dust’ is a thoroughly tedious record.