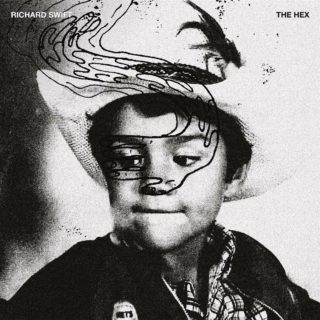 The first thing to make clear about ‘The Hex’ is that it isn’t some posthumous grab-bag of off-cuts and half-finished ideas; this third and final album by Richard Swift was seen through to its genuine conclusion, and was ready for release before his passing in July. And yet, in the best possible way, it does feel like a smorgasbord of everything that defined the man’s brilliance, as it crashes giddily through genre boundaries. In his hands, the styles he was most literate in and intimately acquainted with become strikingly malleable, and ‘The Hex’ feels like another unique expression from a master craftsman; this is less the psych-soul of his previous albums, and more like psych-dark-night-of-the-soul.

It’s a consistently stormy listen, and would have been even if Swift was still with us. There are fewer flashes of his wry sense of humour than we’ve become accustomed to, and the points at which he confronts the grief of losing his sister and mother are unflinching; the repeated howl on ‘Nancy’ is one of “she’s never coming back” over an ominous maelstrom of off-kilter synths and clattering percussion, Meanwhile, ’Dirty Jim’s ostensible jauntiness keeps threatening to collapse under the weight of the discordant noise carrying on in the background, which is in keeping with the song’s thematic bent: “every colour now is black and blue.”

Elsewhere, on ‘Broken Finger Blues’ and ‘Wendy’, Swift takes the template of his beloved sixties girl groups and, with a Lynchian flourish, inverts them nightmarishly. The woozy pop of ‘Selfishmath’ and ‘Babylon’s bluesy stomp help lend some colour to the opening half, too, before the flip side begins a descent into a tumultuous greyscale landscape from which Swift never emerges. ‘Sept20’, in closing proceedings, has him effectively renewing his wedding vows – he would’ve been married 21 years on that date this month – but you also get the sense that he could be addressing the song to the listener, too. He was, after all, the ultimate cult figure; unfamiliar to many, but loved fiercely by those in the know. “Death do us part,” he croons during ‘The Hex’’s final seconds, as indeed it now has. “All the angels sing, que sera sera.”