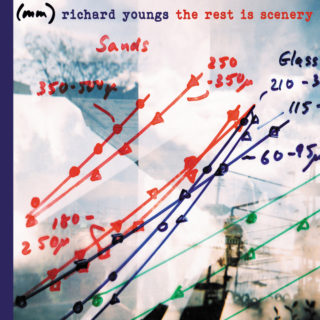 Richard Youngs has been many things over the last 25 years or so, but whether he’s flitting between acoustic, a cappella, folk or out-there electronics, he’s always willfully prolific. Releasing somewhere over 50 solo works – rising to 100+ with his numerous collaborations – Youngs’ back catalogue is so extensive, it’s little surprise he’s persistently tweaked his approach. On ‘The Rest is Scenery’, his rough and ready combination of stubborn acoustic and flashes of synth set the tone. Sparse but spirited, there’s a fondness for monotony but also an appreciation of space that’s pushed to minimal limits.