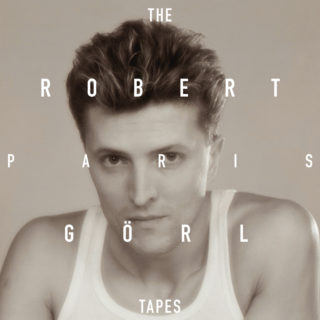 Written while Robert Görl was lying low in late ’80s Paris, avoiding military service in the Bundeswehr, ‘The Paris Tapes’ is a collection of 9 track that catalogue his musical explorations post Deutsche Amerikanische Freundschaft (DAF releasing their last album in 1986). When reviewing albums in this context, it is of the upmost importance to detatch yourself from the work they did prior to the release – as to not remain biased. DAF had an unprecedented influence on the dance music that came after them, albums like ‘Alles Ist Gut’ and ‘Gold Und Liebe’ undoubtedly created EBM and were a massive influence on techno – but we have to ignore this unmatchable legacy here, and just look at these discarded sketches.

The fetishised idea of the reissued “lost classic” has become unavoidable since the advent of the Internet, and while the fetishisation of this stuff is warranted when the music is actually good, it all too often isn’t. Luckily, the music here is actually of worth. Sounding more like Patrick Cowely’s homo-erotic lo-fi disco tracks than anything DAF ever did, ‘The Paris Tapes’ was for Görl an exploration into making music more melodious. A popular criticism of DAF in the ’80s was that it was “just rhythm”, and while Görl and his partner Gabi Delgado-Lopéz did rebel against this, it is clear this was playing on Görl’s mind.

It’s satisfying in a creaky way, but this is also its downfall. They are demo tapes – these tracks were never meant to be heard. Perhaps it’s even unfair to criticise them, in that sense, but it is undeniable that these tracks would be far stronger with better production and Gabi singing over them.