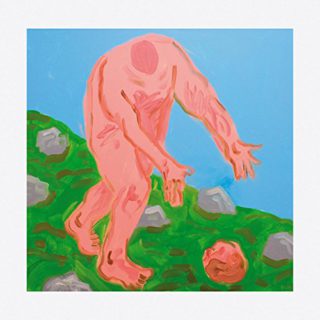 Robert Sotelo makes no secret of his influences. His debut album draws heavily on the Beatles’ Sgt. Pepper’s years, with tracks like ‘Bring Back The Love’ and ‘Tenancy Is Up’ loaded with wonky psychedelia. Unfortunately, while Sgt Pepper’s was forward-facing, Robert Sotelo has left ‘Cusp’ bogged down in the past. The record is muted where it could shine, and at times seems to move at half speed. One exception to this is ‘Let’s Transcend’, which is livelier than the rest of the album and hints at Sotelo’s true ability.

He has played every instrument on the record himself – no mean feat by anyone’s standards – but it is only on ‘Let’s Transcend’ and ‘Dance’ that his musicality is given room to breathe. Lyrically the record has a tendency towards navel-gazing, as Sotelo navigates a mid-30s crisis and explores the mundanities of everyday life. This is taken to excess on the stripped-back ‘Marinade’, but gentle album closer ‘Brother Yr Complicated’ is handled with a lighter touch. ‘Cusp’ could have benefitted from less of the former and more of the latter.