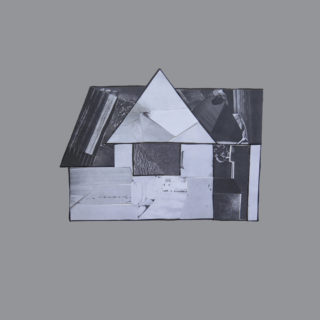 Lauded for his genre-merging, sample-heavy style of house, Archie Fairhurst’s solo project Romare has become one of the best-kept secrets in London’s underground EDM scene. The producer and multi-instrumentalist has held a modest profile across a series of EPs and his albums Projections and Love Songs Pt. 2, and he now returns with his third LP, Home, inhabiting similar stylistic territory to the likes of Chaos in the CBD, Nicola Cruz and Daphni.

Fairhurst spent his childhood regularly moving across continents with his parents, thus exposing him to a myriad of musical cultures, his adoration for which naturally seeps into every aspect of his songwriting. From soul to funk and even Irish folk, he ventures deep into his record collection to build a sonic palette that is groovy, seamless and detailed, even using his old tape player to sample once-forgotten cassettes that he’s collected over the years. This culminates in an album of some incredibly pleasing dancefloor highs (‘Sunshine’, ‘Heaven’) and even more chilled after party wind-downs (‘Deliverance’, ‘You See’).

Home also shows Romare becoming more comfortable with incorporating his own instrumentation, bringing a 12 string guitar, his childhood drum kit and even a vintage organ he found in a charity shop into the mix. His previous conceptual Love Songs EP’s dealt with various themes of love via sampling his favourite tracks, and Home builds from that by focussing on feelings of belonging and identity, perhaps a natural area to explore as Fairhurst has recently become a father and settled down.

After several spins Home remains a rewarding, stimulating and fresh experience, further proving Fairhurst to be a rare talent who sounds poised to join the upper echelon of the UK’s electronic and dance scenes.