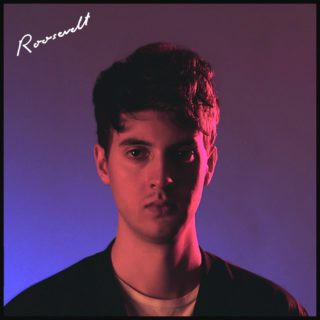 Cologne-born Marius Lauber has been releasing tunes since 2013, but this self-titled effort is his debut full-length. Opener ‘Wait Up’ is Hot Chip in syrup, with hints of the big synth punchiness of Yeasayer’s latest record, while on ‘Night Moves’ the bpm cranks up, accompanied by some semi-euphoric sounding (but ultimately meaningless) vocals: “There’s no room to hide / The night moves on and on”. You get the picture. ‘Heart’ ironically has the least heart of all of these songs, an anodyne and processional stroll-through, which ticks all the generic boxes.

Overall, though, this is superbly produced material, with a huge sound. It’s also a wonderfully warm-feeling record that wraps you in its arms and pumps its fuzzy beats directly into your frontal lobes. And the standout track, the hyper-melodic hook-fest ‘Fever’, is a mini-rush of synth-pop joy. If there is a criticism to be made of ‘Roosevelt’, it’s that it’s both a little one-paced, and highly generic. That’s quite a bit of criticism, but that seems to be Lauber’s plan here, and what he sets out to do, he does very well.