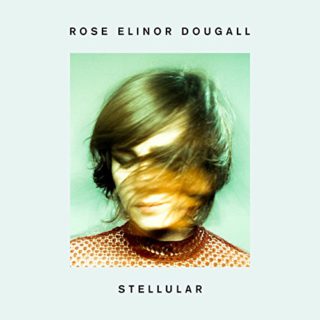 The indie-pop stars of the noughties are all growing up, and their music with them. Rose Elinor Dougall’s debut solo album was released several years ago now, and contained some beautifully heartfelt songs, but with ‘Stellular’ it feels like the ex-Pipette has really found her niche. This is fifty minutes of slick electro-pop, mostly fast-paced, and with a sophisticated, arty feel. Opener ‘Colour of Water’ is very slightly psychedelic with a highly polished pop sheen, while the Gary Numan-esque ‘Closer’ features the brilliantly dismissive line “I don’t care about your band, it’s 3.45am”.

Elsewhere, ‘All At Once’ is mesmerising, simultaneously robotic and funky, with sharp stabs of synth, and ‘Take Yourself With You’ is drifting, road trip music. It’s an album that exudes intelligence and class, both in its songwriting and its production. Every now and then, as with ‘Dive’, that shiny veneer breaks slightly and we’re allowed deeper into the record’s warmly beating human heart, before Dougall drags us back to its brilliantly synthetic exterior.