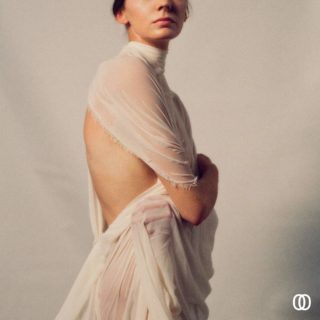 If the Soulquarians had taken up residency on this side of the Atlantic, the result would probably sound a lot like Rosie Lowe’s second album, YU. Produced in part by Dave Okumu and featuring a smorgasbord of UK neosoul talents including Jamie Woon (he’s as great as you remember), Jordan Rakei and Kwabs, it’s a triumphant return from the Devon-born singer and musician.

Swooning RnB melodies host everything from philosophical but flirty guest verses from elusive icon Jay Electronica to odes to Cleopatra and divine femininity. The album’s opening run of tracks from ‘Lifeline’ through to ‘Mango’ is near faultless, with singles ‘Birdsong’ and ‘Pharaoh’ reaching D’Angelo levels of wonky greatness.

Written while Lowe was studying to be a therapist – a side hustle she may/may not want to employ if there’s any justice after this record – the album’s lyrical content is considered and precise. Borrowing metaphors from ancient Egypt, comparing lovers to mangos and employing word play with a deft touch, Lowe brims with confidence throughout YU.

As the second half of the tracklist unfolds and the musical world Lowe inhabits becomes softer and more atmospheric, some songs get lost along the way. ‘Royalty’’s post-dubstep production lacks a certain punch while closing track ‘Apologise’, the most stripped back song on the album, ends the record with a fizzle rather than a bang. However, these tracks only really falter thanks to the strength of the album’s outrageously strong start and it’s hard to imagine many records that could follow-up the one-two punch of ‘Birdsong’ and ‘Pharaoh’ unhurt.