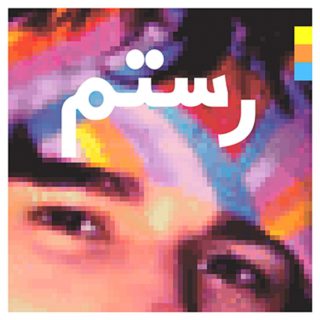 Take a look back over the past decade of his work and Rostam Batmanglij’s CV reads like an awards show guestlist. Frank Ocean, Solange Knowles and Carly Rae Jepsen are all there – and that’s just his production credits. More recently there was his collaborative project with The Walkmen’s Hamilton Leithauser, and, of course, all those years spent co-writing songs and producing three albums for the band he helped co-found Vampire Weekend. Let’s just say, he’s something of an over-achiever.

Eighteen months on from leaving the New York band, it’s time for a solo album – and it’s a tender, pliable thing. ‘Half-Light’ is an eccentric record brimming with personal lyrics and nuanced instrumentation, that’s simultaneously vulnerable and bold.

Tracks like ‘Thatch Snow’ and ‘Half Light’ shine, but recent single ‘Bike Dream’ remains a cut above the rest. The track catches hold of lost moments and missed opportunities and pushes them into new dimensions to create a warm portrait of queer love. The track also works as a showcase for Rostam’s stunning lyricism, as it gracefully shifts between timelines and lovers. Likewise, ‘Gwan’ is littered with moments of poetry. The post-chorus refrain of “sometimes I laugh when I think about how you know me” is touching in its simplicity, and particularly effective against Rostam’s gentle melody.

As a whole, the album feels oddly timely: the summer nights beginning to dim, the crispness of autumn creeping into the air. It’s an LP for this time of year. That’s perhaps sharpest on album opener ‘Sumer’ – a song that feels like the inside of a snow globe with its Christmas carol-esque vocal harmonies and sleigh bells. The title rack, too, has a wintery feel. This album may make you think of cold night, it’s but a warm hearted collection.