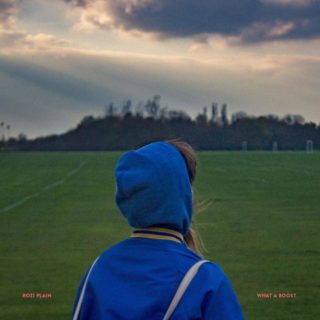 The product of a year spent touring the world, ‘What A Boost’ is the sound of watching perpetually-shifting scenery through fast-moving windows; a blur of blues and greens that you can see but not touch. Prompting a period of reflection and introspection for Rozi Plain, it is a record built on layered repetition rather than obvious hooks – its musical motifs gradually reel you in and its lyrical phrases become mantras when given the time. It’s the kind of album that infiltrates you slowly, catching you off guard when you’re doing the dishes on your third listen.

Enlisting a diverse cast including sir Was, Raphael Desmarets and Trash Kit’s Rachel Horwood, ‘What A Boost’ continues a lineage of British folk sounds that stretches back to the likes of Robert Wyatt and Kevin Ayers, updating it by welding it to looser jazz forms and subtle electronics so that it nods to the past while stepping forward. Though more than the sum of its parts, and best consumed as a whole, there are some undoubted standouts here. ‘Old Money,’ for example, grows from a simple guitar line to a luscious patchwork of prog organs and woodwind as Plain’s delicate vocal glides in and out. Elsewhere, ‘Quiz’ recalls the gentler elements of the Canterbury Sound, this time foregrounding multiple vocals as the world drifts inexorably by the narrator. All in all, this is a beautiful album that grows with time and space. Give it enough of both and you’ll find that you’re rewarded.