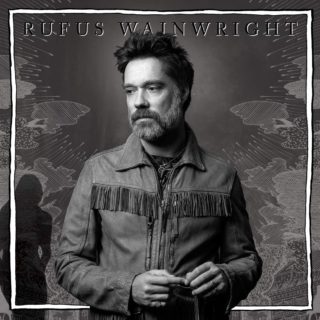 Unfollow The Rules will come as a relief to fans who thought Rufus Wainwright had abandoned the mainstream.

The singer-songwriter’s spent an increasing amount of time pursuing operatic and Shakespearean interests, and the last time he went pop – on 2012’s Out Of The Game – he worked with Mark Ronson to deconstruct his baroque approach to composition.

His ninth studio album wears its theatrical influences in three acts, while going back to what he does best: orchestral pop that takes pride in its bombast and literacy.

He’s retained some of the smooth soft-rock influences from his last commercial outing, as evidenced by the syrup-rich 10cc-style harmonies on ‘Trouble In Paradise’. Its richness contrasts with the occasional austerity of his earlier work and suggests he’s embraced the middle age that inspired these twelve tracks.

Moments of starkness remain, such as the opening section of the piano-led title track, but more reflective are ‘Damsel In Distress’ a homage to Joni Mitchell that references Bowie as much as Laurel Canyon, and the swirling, filmic strings on ‘Early Morning Madness’.

Although unlikely to win him new fans, the album does cement his reputation as a musician willing to bend the rules.