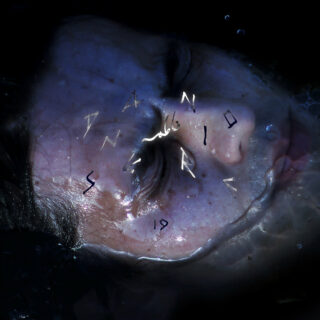 Situated in the harsh, mountainous Ladakh territory near Pakistan and Tibet, the North Indian town of Leh is mired in perpetual conflict and disputes. The debut full-length from Leh native Ruhail Qaisar deliberately puts us into this physical space by means of a challenging bombardment of grinding, ghostly approximations of the literal and psychic ambience of a singular part of the world.

As noise/sound collage albums go, Fatima’s nine tracks are all the more approachable and troubling for the clarity and precision of their arrangement. The standout ‘Sachu Melung’ pairs up what could be rocks falling or a fire burning with menacing bass and a high pitch noise that ebbs in and out of reality like an apparition. ‘Painter Man’ is similarly spectral, its heartbeat and reverberating noise eventually interjected by fleeting distortion and an indecipherable voice. These tracks are deeply eerie and speak of a landscape (both physical and psychological) that is barren and haunted.

Fatima isn’t wholly consumed by darkness, however. ‘Abandoned Hotels Of Zangsti’ is a quiet synth piece that ends with gorgeous birdsong, approximating the atmospherics of the titular locations. “Partition (From Astore To Leh)” is another droning ambient piece, one that walks the fine line between tranquillity and menace. These tracks make Fatima a more well-rounded and open-hearted proposition, as if, between all the grim decay and historical conflict, Ruhail Qaisar sees glimmers of beauty; a lone flower on a scorched rock face.